Let’s get right into it. Tell us briefly about yourself and your job.

I am a Platform Tech Lead which means that I am in charge of providing support to other members of our nine-person team. I help my team with their tasks by creating a high-level overview of tasks for them and then review them with individual members for day-to-day plans. Another large part is planning milestones for our work and then making sure these plans are met.

My work also involves working with the people actually implementing the projects. They are always facing some challenges – either something doesn’t work or they need a feature that does not exist yet, so we work together to create solutions by fixing bugs or creating new features. It’s a very dynamic role.

Did you start out as a developer?

Yes, I am a developer by heart and started out as a developer seven years ago. That’s not so long ago but here at Adacta it seems like a long time. Not because it’s a terrible place to work but because things changed so much.

The Adacta I started working at is a very different place from Adacta today. For example, all teams used to work on AdInsure but we were then divided into core and implementation groups – one part is fully focused on developing AdInsure and the other is implementing the solution for customers. Our group stays focused on products and the other is focused on the customer. This was a major change.

What is most interesting about working in your position?

You get to work on problems that you might not be able to work on in a smaller company. After all, AdInsure is a large and complex enterprise product, which makes challenges more interesting. We are working with distributed system, parallel processing, optimization, caching and very large quantities of data. This is a product that powers large insurance companies and challenges reflect that.

How do you keep up with new technologies as a Tech Lead?

Very often I would read a book and find things I can implement in my work. It is the nature of my work that keeps me in touch with bleeding edge technologies. You constantly hear about new technologies or look for solutions which is when you find someone who is might already be working on this. You start following new people and read about their work and then learn about more new things. It’s all about listening.

Sometimes you hear so much about something that you set out to code something on your own – crypto and blockchain are two such technologies. Sooner or later you start looking at Etherium and try to code something. These are the hot things right now and interesting to me as a developer and a technical person. You often start thinking about implementing these technologies but you then most often realize that there is a reason why enterprises are more conservative when it comes to technology. You need more mature technologies that have passed the muster.

Is there another hot technology you are looking at right now?

Not right now. I am actually more focused on the basics. Once you start designing software you quickly see the things you didn’t learn about as a developer. Sooner or later you realize you are missing some core fundamentals. You might learn about them in school but you still need to see how to apply these principles in real life. I am currently reading a lot about best practices and how to improve communication as a tech lead, which means soft skills. Fundamentals.

Let’s turn to another subject. As part of Adacta’s Innovation program initiative, you’ve began working on an interesting solution for providing feedback on code. Tell us what problem you were trying to solve.

Developers review a lot of code and often have strong opinions on it. Any complex piece of software contains code that has been in there for years and could probably be improved as people learn new skills and technology evolves. Sometimes, however, it does not get fixed because it would take too much time and effort. Very often if such code didn’t cause a bug or was removed with a new feature, it just stayed there.

Once I’ve become a tech lead and gained some ability to influence that, I always wanted to fix this code and improve it. This would bring several benefits: people get to learn from collective mistakes, you get to fix old mistakes and new people learn better by working on such mistakes while also providing a fresh perspective. 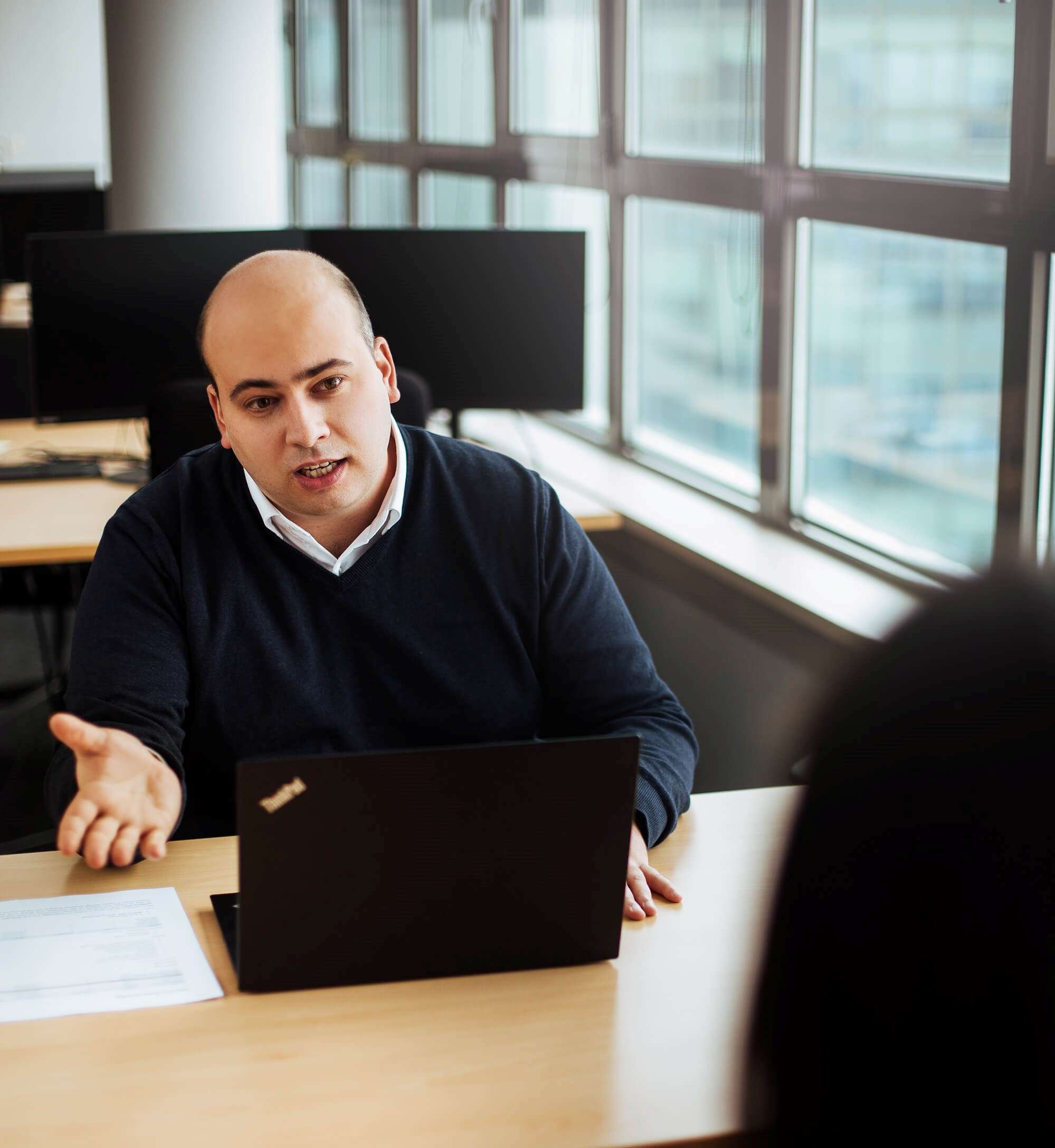 »I came up with the idea on a coffee break. We just rolled out Teams and I saw people like using emojis in the chat, which got me thinking how widespread they were.«

How did you come up with the idea?

I came up with the idea on a coffee break. We just rolled out Teams and I saw people like using emojis in the chat, which got me thinking how widespread they were – you see them everywhere, on Facebook, Instagram and even LinkedIn.

The idea was to create a plugin for a code editor where you could provide feedback simply using emojis. It would allow you to easily say this code is not great or this code is awesome, this code helped me. At first, I thought it was ridiculous to have emojis in an editor but after talking about it with others, people seemed to think it could work. It was so simple it just might work.

What is the core idea behind it?

It turned out quickly that what even a simple idea is not really all that simple in practice. At the core is the idea of feedback and we want to make it easy for as many people to look at code and give their opinions. More people would make it easier to implement best practices and discourage bad code. You won’t copy a piece of code if 15 people before you felt this was a poor piece of programming.

We are now creating an open-source extension for Visual Studio Code that we’ll push out as a Github project so others can contribute.

How far along are you?

We are getting to the alpha stage to get people to test it internally. Colleagues are interested so getting early adopters will not be an issue. The alpha will probably be available to early adopters in December and will be open to all people within the company as well as on GitHub.

Do you have any passion projects outside work?

I don’t have a single passion project. I get flashes of inspiration and get into projects to follow them to see where they lead. I used to brew beer although that’s on the back burner currently. I read books and like to watch great movies or series and I’ve also recently gotten into biking.

Did you maybe see Squid Game that everyone is talking about?

I haven’t seen all of Squid Game yet. Serbian Jedini izlaz and Južni vjetar were two great series that I binge watched. I am very impressed by the advances of Serbian cinematography. They are producing high quality projects with great visuals, great actors and great work throughout. 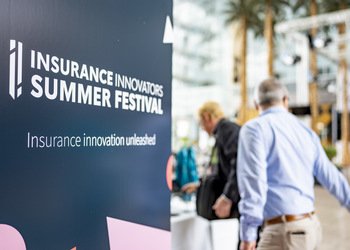 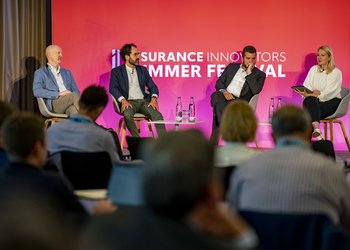 Highlights From Panel Discussion: Building Truly Digital-Ready Organisations – What Is the Role of Technology in Insurance?