The company is extremely family-friendly, which is quite important once you have a family of your own.

"If I had to put emphasis on one thing, then I would definitely choose the people at Adacta. The people here are resourceful, knowledgeable, interesting, kind and know how to have fun."

Meet Vladimir, (Software Developer and member of the FIS - Banking department), and check out what he, as a father, thinks about working at Adacta.

What did you want to be when you were growing up ?

In all seriousness… a software developer. When I was 6 years old, my father got his hands on a Commodore 64. It was mind-boggling and fascinating how you could actually make that gray box do something interesting. From that moment, I knew what I wanted to do in life. The fact that someone is actually willing to pay me to do what I love is just an added bonus.

In your life before Adacta, what did you study and why did you decide to join us?

During my college years at the Faculty of Computer and Information Science in Ljubljana, I did a lot of programming using C, C++, and VHDL ( for programming FPGA chips) languages. However, my career path somehow got me into developing banking and business applications. Be it in Lotus Notes, C++ or .NET, it all started back in 2000 with a gig at NIL Ltd, where I was assisting with the development and maintenance of an e-banking application for one of the major banks in Slovenia. It continued through to my second gig at a local investment and development bank. After 15 years of working in a support function, it was time for a new challenge. I wanted to work at a company that creates and sells software. Thus, I ended up at Adacta, where I work in a department that focuses on banking and business solutions.

What do you do at Adacta?

At Adacta, I work as a member of the FIS – Banking department. The department handles business and banking solutions (Sisbon, AdLeasing, AdTreasury, e-banking, etc) with an emphasis on making improvements, bug fixing, and customer technical support. Trust me, it sounds more boring than it is!

Which programming languages were you familiar with before Adacta, and which languages did you have to learn?

What are the main pros of working at Adacta?

If I had to put emphasis on one thing, then I would definitely choose the people. The people here are resourceful, knowledgeable, interesting, kind and know how to have fun. The second most important thing is that the company is extremely family-friendly, which is quite important once you have a family of your own.

When you say that Adacta is a family-friendly company, which benefits do you mean / like the most?

For starters, you never feel like your children and the responsibilities that go with them are a burden to the company. Seriously, I have never had any issues about being late for work, leaving early or working from home as a result of my child being ill or needing medical attention. This is providing I notified the department leader, of course.
To give an example of family-friendliness, after the birth of my children, the company sent a telegram with a present to my partner.
To top it all off, there is a also an annual Christmas event that is always superbly organized.

To whom would you recommend Adacta

I would recommend Adacta to just about any serious software developer out there. One has to take into account, though, that Adacta is a big company with stable projects and products and is as such incapable of competing with the possible charm and attraction of working at »start-up« companies. It does compensate for this with consistency, stability, steady work schedules and (you know you want to hear this) a solid paycheck.

If you could use 3 adjectives to describe Adacta's culture, what would they be? 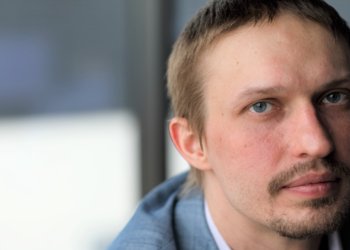 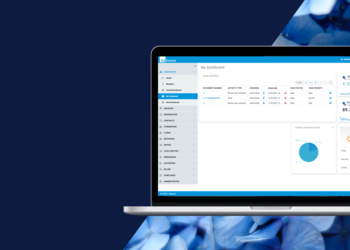 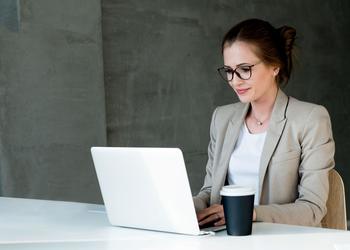