From Software Developer to Director of Product Development

Jernej started his career as a Software Developer, spent half a year in Silicon Valley and decided to apply to Adacta as a Project Manager. After 14 years at Adacta he is still strongly committed to the company.

I started my professional carrier as a software developer in the company called Hermes Softlab. I did a lot of development in C++ on Unix environment. Later, I switched to Java. We did a lot of interesting stuff and worked on some serious software. I even spent half a year in Silicon Valley working for SGI. It was the year 2000, the dot-com bubble days.

Why did you decide to apply to Adacta? What attracted you to Adacta over other companies?

I changed jobs because I did not see a lot of potential for growth with my previous employer. I knew some people at Adacta, I knew they had some interesting projects coming, so it was a fairly easy choice.

What about your career development at Adacta?

In the beginning, I was working as a project manager on a fairly small project for a local telecommunications company. I soon took over the management of the first insurance project – the implementation of a core insurance solution for the largest Slovene insurance company. At its peak, our team had 35 members! That occupied my time for several years.

A few years ago, when we decided to try to move into the Russian market, I started learning Russian. I took over the management of our first Russian project.
When we decided to reorganize our organization and split product development and implementation, I took over the management of professional services, responsible for project implementation, consulting and support.
Currently, I’m responsible for product development, but I also spend a lot of time on pre-sales.

Demand is currently really high for positions in your profession, what is the reason for staying at Adacta?

I've been with Adacta for the last 14 years. What has kept me here for so long is the constant progress of the company and thus myself. I have mastered foreign languages, I have worked with some very bright and interesting people, I have learned a lot in the process . It has not always been easy, of course, but it has been rewarding. As an organization, we have evolved tremendously in these past years. Apart from that, I have also grown to love insurance as an industry.

What motivates you at work?

I'm an engineer by heart, so I like to get things done effectively and efficiently. I like structure, so I have a great deal of satisfaction when everything is in order and under control. I also get bored quickly, and I constantly need new challenges – and we have an abundance of those at Adacta.

When you are searching for potential candidates, what kind of attributes do you look for?

I look for intelligence, passion, character and personal integrity before knowledge. Smart and willing people can learn anything. Also, I look for people who are not afraid to make mistakes and are able to learn from them and are willing to grow professionally and personally, because that enables our organization to grow as well.

What advice would you give to young people who are just starting their careers?

Have a wide spectrum of interests. Be as good as possible at what you do. Gain experience early.

>>> Jernej is searching for talented Software Developers, you can apply here 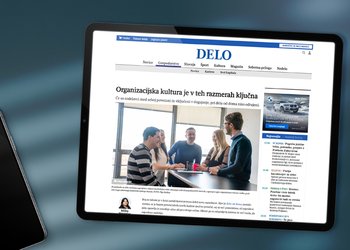 Delo: “In These Circumstances, Organizational Culture Is What Matters” 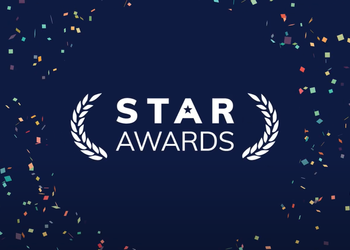 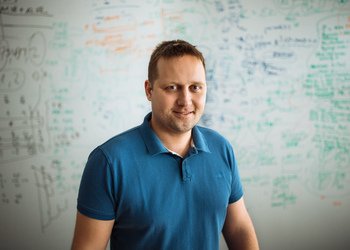 Stepping into the shoes of Blaž Balon, our DevOps Tech Lead